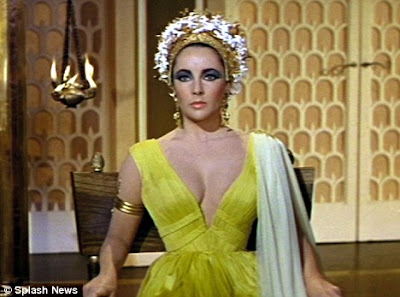 There's no journalist alive who has had better access to Taylor--and countless other stars--than Liz Smith. She knows everybody and has one advantage over anyone else in the celebrity pool--stars trust her. 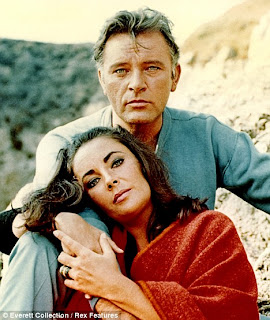 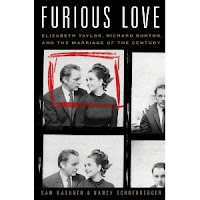 She knows her subjects from the inside out--and in this case, she traveled with Taylor and Burton extensively, covering them numerous times in magazines and newspapers.

I'm always amazed by the authoritative perspective Liz offers on any of her subjects--blending humor, wit, and compassion, though never sparing an objective, critical eye as well. In just a few words, she captures the essence of what we want to know. As she writes today: 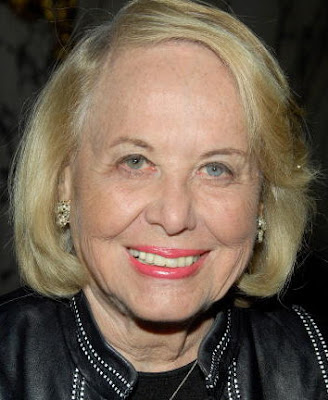 Richard was an alcoholic. Elizabeth was an alcoholic (if, at first, to a lesser degree and not as obviously disabled by drink). Richard wanted to be famous, just not as famous as his association with Elizabeth had made him. Who knew what that first hot tryst during the filming of "Cleopatra" would spawn? In time he felt trapped, suffocated and embarrassed. World attention did not salve his insecurities or the realities of his upbringing – he grew up a poor boy in Wales.
Elizabeth? Fame was all she’d known. True, the intensity of it had grown exponentially as she matured from child star to princess-y ingénue to powerful leading lady, grieving widow and then, finally, a woman for whom a new shade of scarlet had to be invented. But it was all the same to her; the fuss, the crowds, the intrusions. She barely noticed. It was the perks that fame brought her that she truly adored. And as much as she loved Richard, she could never really understand where he came from. Her life had always been one of privilege and pampering. There had been trauma – her father’s beatings, her mother living through her, vicariously – but no struggle to success. She would admit to me once, when I interviewed her in London in 1973: "Richard worries more about money than I do. He was raised in extreme poverty, while I grew up luxuriously." 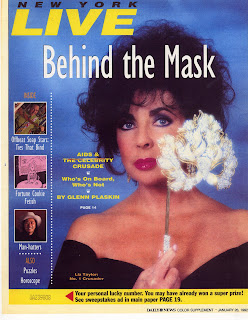 I have had the pleasure of interviewing Elizabeth Taylor five times over a period of 23 years, most memorably about Taylor's unforgettable crusade to fight AIDS and raise public awareness about the deadly disease (which killed an astounding 2 million people a year ago.) The cover, pictured here, was one of our favorites interviews together, but the one I'll never forget first appeared in my column at the Daily News and later in my book: Turning Point: Pivotal Moments In The Lives Of America's Celebrities.


As always, Taylor was feisty and furious over people's homophobia and ignorance about how AIDS is transmitted. 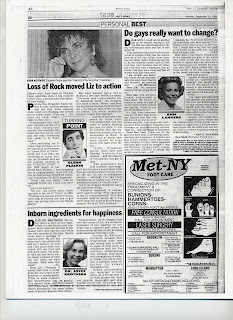 Here's what she had to say, remembering her dear friend Rock Hudson's tragic demise from AIDS: "I've never seen a more painful, cruel, degrading death," she told me, close to tears. "When I saw Rock the day before he died, he didn't know me--he had no idea where he was. So lonely. The brain, mercifully, seems to totally disintegrate."
And there was little peace for Taylor after that: "I'm goddamned sick and tired of people blaming gay men for AIDS. It was an accident that the disease was picked up by gay men. It could just as easily have been spread by some horny rich babe from Miami!" 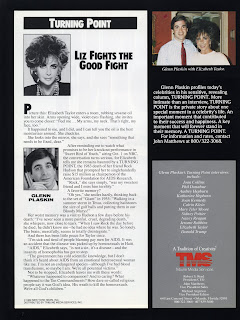 "Aids," Elizabeth shouted, violet eyes flashing, "is not a sin, it's a disease--and the insanity of homophobia has go to stop. I'm wiped out every time I hear about people who still think you can get the AIDS visus through the air--through sweat glands or tears. The government has cold scientific knowledge, but I don't think it's heard about AIDS from an emotional heterosexual woman like me. I'm not an endangered species--although I've had blood transfusions, so maybe I am. We're all potential victims, for Christ's sake."


That day, Taylor left me with this message: "What ever happened to compassion? And to caring?> How dare so-called religious people say it was God's idea, His wrath to kill the homosexuals. We're all God's children." 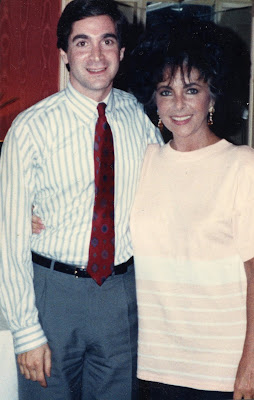 Indeed. And here's the photo taken the day of our interview, one I'll always treasure. I'm sending my love today to both Liz's--my dear friend, Liz Smith, who is kindly hosting my KATIE UP AND DOWN THE HALL book signing this fall at Barnes & Noble--and to her dear friend, a true survivor and a woman of incredible substance, Elizabeth Taylor.


Posted by Glenn Plaskin's Reflections at 8:50 AM 2 comments: