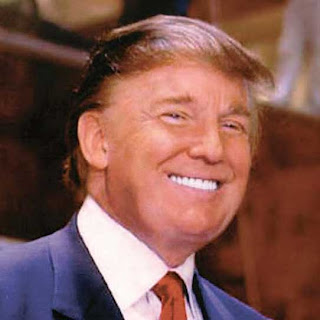 Mega Achiever  DONALD TRUMP, who I've known for twenty years, doesn't need much sleep--and he doesn't get much, overseeing a multi-billion dollar empire that includes vast real estate holdings, his NBC hit reality series, The Apprentice, and countless other business ventures--including the Miss Universe Organization, Trump University,Trump Entertainment Resorts, even menswear and bottled water!--all if it keeping him busy from dusk to dawn.

The most meticulously organized person I've ever known, Trump also, more privately, devotes himself to his family--to his exquisitely beautiful (and very nice) wife, Melania (debuting later this month on QVC with a costume jewelry line), their four-year-old son, Barron, and of course to his older children, Donald, Jr., Ivanka, Eric, and Tiffany.

One of the amazing things about the multi-tasking Donald, I discovered when I first met him, is that his mind misses nothing, and that he's eerily calm as he goes about his day, accomplishing more in a 24-hour period than most people could manage in a month. 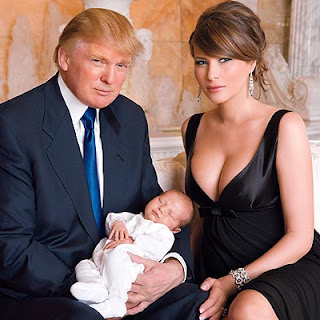 I first met Donald during my Daily News years, for a cover story titled "Man Of A Thousand Deals." As I write in my upcoming book, Katie Up and Down The Hall: Tall, and intimidating at first, he turned warm and witty once relaxed behind his desk at Trump Tower for what turned out to be a series of long talk, first to the News, then a multisession marathon interview for Playboy. This Playboy interview drew headlines due to his comments on Leona Helmsley and feelings about women and marriage. 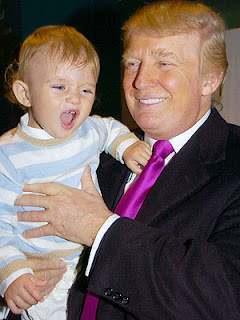 Trump also expressed his very human, more reflective side when expressing grief for the death of his executives in 1989 helicopter crash: "I lost not only brilliant, key players in my company but true friends--and I couldn't believe it. At first, I was shocked, called their wives, just kept functioning...My own sense of optimism and life was greatly diminished. I never realized how deaths outside the family could have such a profound effect on me."

Donald, one of the most resilient figures in American culture, has, of course, also survived the ups and down of the economy and his own fluctuating fortunes, now at their zenith, though he always bounced back bigger and better, unbeatable, and most importantly, an example of what can happen with discipline, imagination, and a vision that knows no limits. 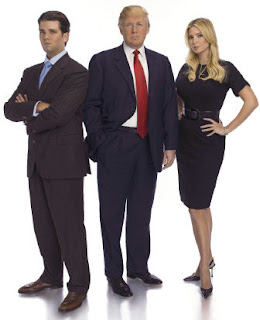 The answer is clear.


Posted by Glenn Plaskin's Reflections at 10:42 AM