KAPOW! Singer Marilyn Maye Knocks One Out Of The Park At Symphony Space 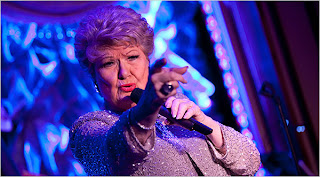 But you'd never know it. This woman moves with the grace of a dancer, kicking up her legs, belting out song after song, her voice a buttery blend of perfectly delivered purrs, taunts and teases, shading her delivery with a maturity and level of musicianship you'll rarely hear anywhere. Ella Fitzgerald once dubbed her "the great white female singer in the world,"and it's got to be true.

Indeed, she can belt out a song with the best of them and she does it all with the physical stamina and vocal mastery of someone decades younger. You simply can't believe this woman.

For example, her virtuoso rendition  of "On the Atchison, Topeka and the Santa Fe," chugged down the tracks, leaving steam behind and bringing the audience to its feet. And I can't even begin to describe her extraordinary peformance of "One for My Baby (and One More for the Road), haunting and brave in holding back the darkness. 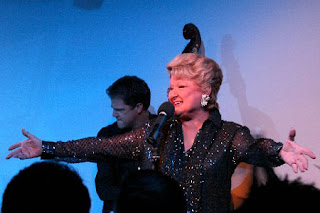 With seemingly inexhaustible stamina, supported by her fantastic trio, she "swings hard" as the New York Times noted in a review of her act at Feinstein's earlier this year.

Outfitted in a sequined jacket, black pants with silver beads down the sides, and glittery silver shoes, she was a picture of grace and glamour as she offered a program including a tribute to the songs of Johnny Mercer, Steve Allen, Cole Porter, and more. For all this, I must thank my friend Mario Buatta, a great Marilyn Maye fan and friend, for inviting me as his guest to this afternoon delight. 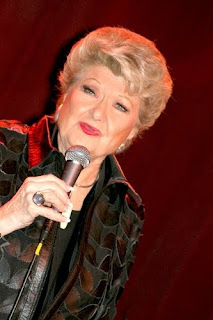 For those who don't know, Marilyn was born in Wichita, Kansas and began her career as a child competing in amateur contest in Topeka, where her father owned a drugstore. By 15, she had her own own radio show; and it wasn't long before she came to the attention of Steve Allen, who invited her to appear on his show. Her RCA record contract soon followed, the younger singer delivering seven albums and 34 singles. She appeared on the Tonight Show a record 76 times. Nowadays, she receives award and award, "and I hope all these lifetime achievement awards aren't trying to tell me something," she jokes yesterday, "because I'm not done, not even close."

Posted by Glenn Plaskin's Reflections at 12:58 AM