THE HAPPIEST WOMAN IN HOLLYWOOD: The Indomitable Betty White 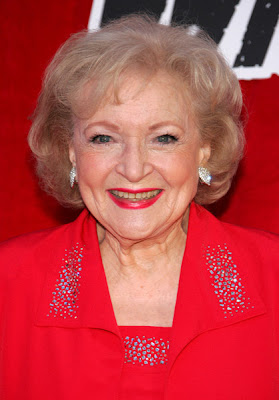 How many 88-year-old actresses experience a resounding renaissance in their careers decades after they've mastered the entertainment business from A to Z?

It's the supersonic bubbly-spirited BETTY WHITE, defying all odds with her spectacular run of recent triumphs.

Let's see, there was her brilliantly funny turn as Ryan Reynolds' kooky grandmother in The Proposal, the 2009 film also starring Oscar winner Sandra Bullock; the hilarious Super Bowl Snickers commerical that had her tackled and thrown into the mud, watched by the largest television audience ever; not to mention the  Golden Globe Lifetime Achievement award, which she accepted with the grace and wit that have become her trademark. Bullock joked that she finds White annoying, to which White shot back: "Isn't it heartening to see how far a girl as plain as she can go?" 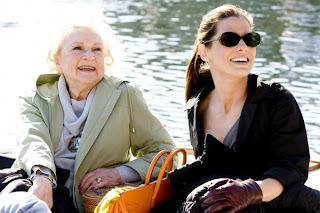 And now, with a new fan base following her every move, Betty, a longtime Californian, is heading east to host Saturday Night live on May 8th, after being the subject of a super-charged Facebook campaign to get her the gig. In short, she's hotter than ever. 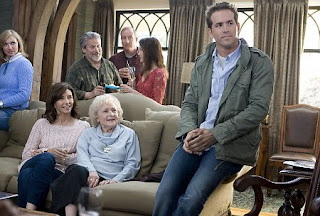 In between all this, as a passionate animal advocate and dog lover, Betty actively champions the fantastic Morris Animal Foundation, acting as its President Ermeritus, while also tending to her beloved five-year-old Golden Retriever Pontiac, who has an active career himself as a Guide Dog. 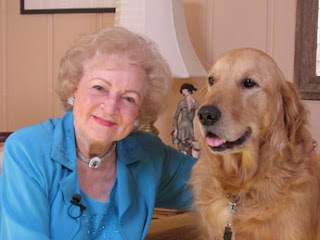 Where is Betty finding the energy for all this? I can tell you that the former Golden Girl and Mary Tyler Moore alumnus is startlingly youthful in appearance, her demeanor and energy disarming. "I have lots more things to do!" she booms happily, posing on the red carpet for photographers.

What's her secret? In a classic Family Circle magazine interview with me, she shared it: "My animals definitely help keep me young," she says. "I just don't have time to get older! Between the show business side of my life and the animal side, there isn't a lot of time for sitting around and atrophying. Pontiac is set for 6:00 A.M. "Hey, Mom," he says, "It's another day, let's go!"

"It's been scientifically proven that having pets--stroking a dog, for instance, lower your blood pressure and reduces your stress level. I find animals fascinating, and I didn't know how I would exist without them. When I feel stressed, I put my dog in the car and drive up to my house in Carmel and sit and look at the ocean for three days--and my priorities fall into place again. 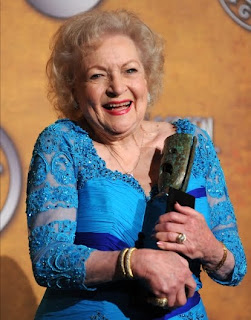 "Also, I'm blessed with good health, and that's the bottom line. I don't think I felt this good at 25! It's embarrassing, but I'm deeply grateful. My mother, Tess, passed away at 88 , my dad, Horace at age 64, and the secret of their longevity was their sense of humor and genuine love for one another. So the energy I feel is genetic--it's not false energy.

"Plastic surgery? I'm just chicken and have a very low pain threshold. It's not for me. I've seen so many women with their skin pulled tight over the skull, and they all look alike. If you suddenly look gorgeous, you've lost an essence that was you before. You've worked a long time to get all those lines!

"My mother taught me at her knee that age is so unimportant. I get so furious with people who say, "My God, I'm 30...soon I'm going to be 40! They waste a whole decade. We're so age-conscious in this country, it's ridiculous! Life isn't over at 22. There are many rewards to aging. You get automatic respect. You don't have the same physiological demands on you that younger women have, such as menstruation and pregnancy. Granted, in the entertainment business, people say it's harder to get a job as you get older, but if you hang in there and roll with the punches and don't mind playing grandmothers, you get work. For me, remaining busy is the key to staying young.

"But physically, you do see the horizon of your limitations. And a lot of people might say you're approaching death. But that doesn't bother me at all...that's the next adventure. I always loved Mom's idea about death. She called it the "big secret." We're all going to find it out one day. In the meantime, as long as life is this much fun, I'm going to stick around!"

Posted by Glenn Plaskin's Reflections at 7:58 AM