IVANA TRUMP AND HER GREAT MOM: AN UNBEATABLE TEAM 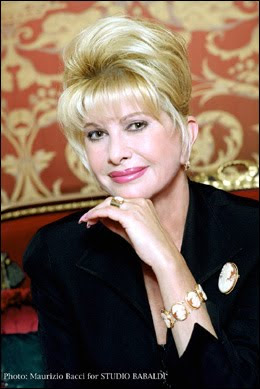 The effervescent high-energy IVANA TRUMP, who makes a guest appearance in my upcoming book, Katie Up and Down the Hall, is  known for her sparkling charm, athletic prowess, and bubbly sense of humor. In the chapter of the book titled "Prancing With The Stars," Ivana, a passionate dog lover, befriends my dog Katie and marches her right into a board meeting at the Plaza Hotel!

Super-disciplined and always on the move, Ivana, a former Olympic skier and model, remains timelessly glamorous whether seen racing down a ski slope in Switzerland or hosting a charity benefit at her pristine town house in Manhattan's Upper East Side.

A seasoned businesswoman with her own perfume, cosmetics, and jewelry, Ivana is resilient and strong-minded, a survivor of many of life's ups and downs, some of which she wrote about in her book of a few years ago titled The Best Is Yet To Come: Coping With Divorce And Enjoying Life.

As Ivana told me in a Family Circle interview, one of the secrets to surviving any challenge is the strength and comfort derived from her wide circle of friends, though her best friend of all, she confided, is her mother, Maria Zelnicek, who lives in the Czech Republic. 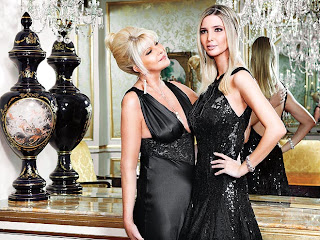 The distance between them hardly keep them apart: "No matter where I travel," says Ivana, "we spend about nine months together a year. My Mom is very loving and caring. And she's a strong woman. Her priorities are her grandchildren, (Donald Jr., Ivanka, and Eric) and me. That's what she lives for."

"Ivana is my only child, so she's my jewel," says her Mom. "She's hardworking and gives so much. But sometimes people take advantage of her and that hurts me too. Ivana has a good heart." 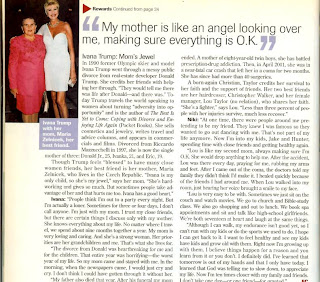 And though some may not know it, the jet-setting Ivana has a more introverted, private side as well:  "People think I'm out to a party every night. But I'm actually a loner. Sometimes for three or four days, I don't call anyone. I'm just with my mom. I trust my close friends, but there are certain things I discuss only with my mother. She knows everything about my life."

While her divorces have been painful, it was Ivana's mother who provided the greatest solace: "I don't think I could have gotten through it without her.We were always close, but adversity has forced us to help and protect each other. My mother is like an angel looking over me, making sure everything is O.K." 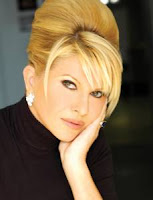 Also a great source of joy is a newer member of the family, Ivana's toy Yorkie Tiger. He's as energetic as Ivana! "He is a love of my life, and all mine, until my Mom arrives!" she laughs. As for my dog, "KATIE reminded me of the many dogs I've had over the years, and how they bring a family and friends and total strangers together in a warm, harmonious way."

Indeed, when Ivana read my KATIE book, her comment on it reflected one of the book's main messages, about the power of friendship and the ability to be open to people, even in a city of nine million.

As she observed: "Whenever anyone says New York is a city of strangers, I strongly disagree. After reading KATIE I know why we're a city which loves our pets. Katie is a great neighbor and the true definition of a New Yorker--intelligent, adventurous, assertive, protective, warm, loving, kind, generous--and a joy to know."

Katie would be very flattered with this compliment, coming from a fellow blonde!
Posted by Glenn Plaskin's Reflections at 11:12 AM