A LESSON FROM THE FANTASTIC VALERIE HARPER: FROM FRIENDSHIP TO FAMILY 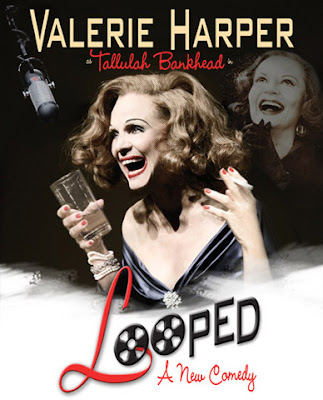 This past Saturday night I had a real treat, sitting second row center at the Lyceum Theater, seeing the great VALERIE HARPER in her Broadway tour de force as Tallulah Bankhead in LOOPED, a riveting one-woman (and two man) production with Harper "nailing every last laugh with a professionalism that the real Bankhead would surely admire," wrote the New York Times.

Sitting with my best friend (and lawyer), Michael Gordon, I was amazed by Valerie's virtuoso performance, gut-wrenching and compelling from start to finish. Although backstage afterward with Michael and me, she confided that she was fighting a cold and that an onstage coughing spell was not in the script, you'd never know anything was wrong, as she marshaled her forces with hilarious "dahlings" sprinkled over countless jokes. Supporting her in every possible way is her fantastic manager-producer-husband Tony Cacciotti, who hospitably welcomed us backstage after the performance. Valerie was dressed down in slacks and a baseball hat as she greeted her fans outside the theater. 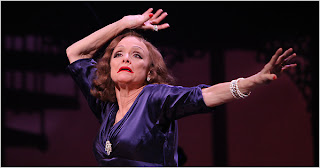 Onstage, Valerie was magnificent, capturing fully the hilarity of the outrageous Bankhead, while mining her deep pathos and addiction to sex, drugs, alcohol, and nicotine, all of it creating chaos and pain toward the end of the actress's life.

The emotional bullet of this show isn't just Bankhead's hilarity and built-in tragedy, but the friendship  that develops, especially in the second act of the play, between Bankhead and the recording sound editor, Danny, played brilliantly by Brian Hutchison. These two lonely and tortured souls trade life stories and become true friends, Bankhead telling him that life is too short to stand back and let it pass by.
The end of the play is touching when these two hearts unite. 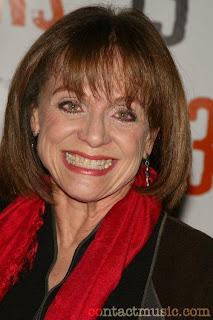 All this reminded me of a magazine interview Valerie and I did a few years ago for Family Circle, the subject being the vital importance of friendship in our lives. On and off stage, Valerie has always been a great friend,  an all-American classic, first introduced to American TV audiences as the hilarious Rhoda Morgenstern on the "Mary Tyler Moore Show," then graduating to her own situation comedy as the inimitable "Rhoda." A true-blue friend as a TV heroine, she is also a devoted friend in real life, as I found out during our interview.

She depends heavily on what she terms her "quartet"of four best friends for support. As she told me: "I think there's always been a profoundly natural bond between women, a sisterhood from the cave days when we picked berries together, to the quilting bees of today. My four best friends and I have been through decades of boyfriends, engagements, marriages, divorces, babies, cramps and hot flashes!-- you name it. They are my family of choice."
And that's exactly the point and theme of my upcoming book, KATIE UP AND DOWN THE HALL. It's all about how a group of strangers transform from neighbors to friends to family, the five of us becoming just as close as any biological family could be. While we shared some tough times, the thing that kept us together, more than anything, was the playfulness of our relationships--and our ability to see the humor and irony in everything. 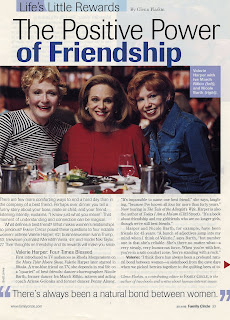 Like our own little family, Valerie agrees that laughter is key: "What first drew me to all of them was the fact that we could laugh together. I mean peals of hysterical, shrieking laughter. We can also be serious. But when you've known a friend 40-plus years, you can talk in shorthand. As for getting and looking older, we all grumble and laugh about it. The fact is that our bodies are going south, but our spirit doesn't fade--it only expands." So true, for the heroine of my book, Pearl, nicknamed Granny, even at 90, was still expanding, and laughing. In the book, as you'll see, she models a Disneyland Donald Duck hat at age 91, and does it laughingly with style.
Valerie's sage advice: "For people who want friends, look at how you can contribute to people. I don't mean money. I mean your attention, your listening, your laughter. When you see a quality in a person that delights you, tell them about it. All of this swirls around and creates friendships."
Is sure did for me.
"It's a real wind in your sail to have best friends," she smiles.